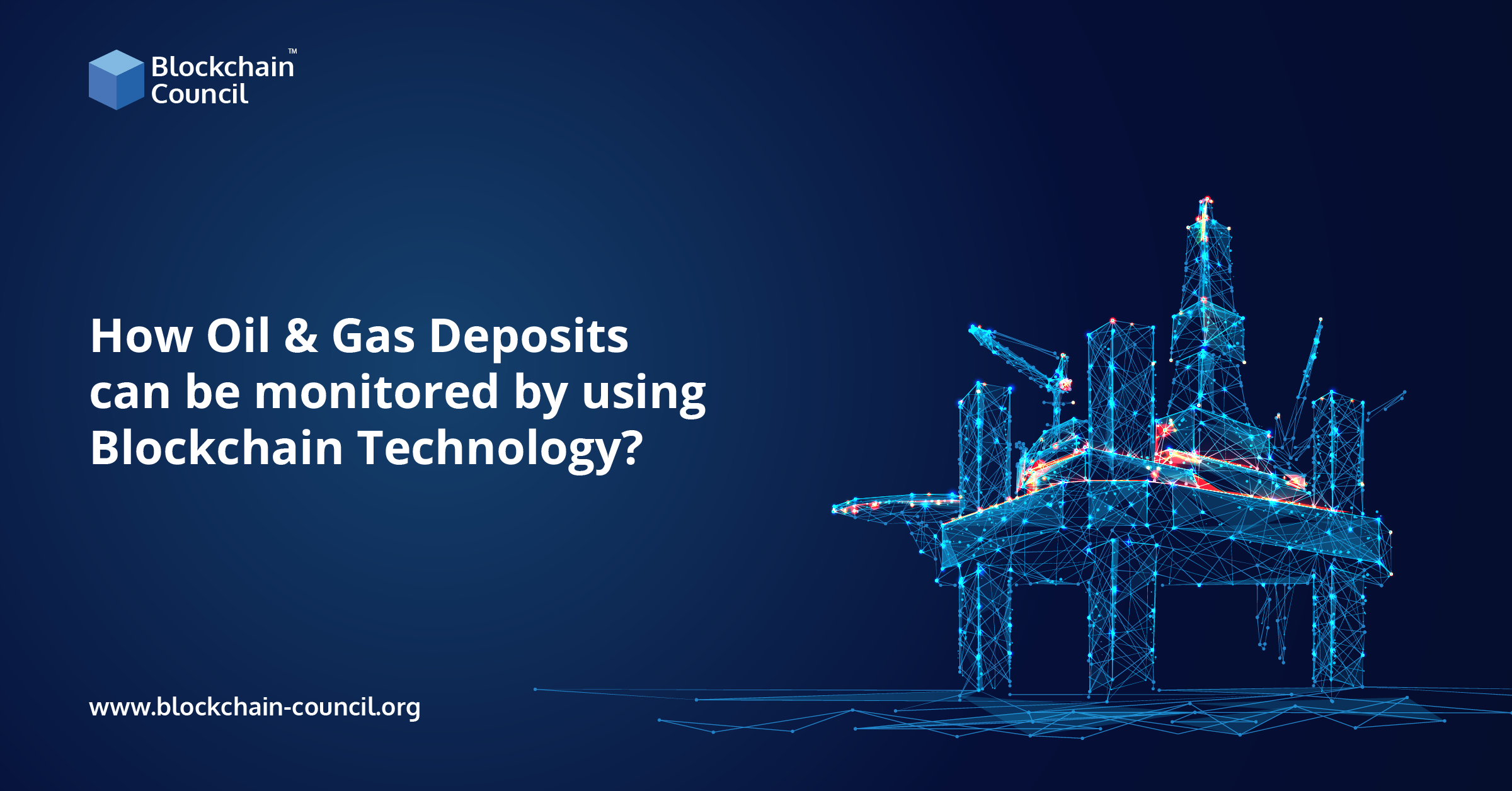 How Oil & Gas Deposits can be monitored by using Blockchain Technology?

Blockchain seems to be an enormously intriguing innovation for the oil and gas industry, as it may provide new ways to service contracts, price discovery, and the full transaction life cycle, resulting in substantial cost savings and process efficiency.

The Oil and Gas Industry with Blockchain Technology:

Because of the wide range of applications and sectors that Blockchain may influence and affect in the oil and gas business, it’s no surprise that it’s gaining traction there as well.

Blockchain enables in storing the data of transactions and accounting directly on these devices. Blockchain decreases process time by linking assets directly to services contracts, and eventually alters contracting by allowing for safe cooperation. It is still in the early phases of acceptance. Corporations discover its entire potential in  blockchain’s potential. The oil and gas industry is predicted to boom for the same reason.

Oil and Gas in Blockchain: Use Cases

The oil and gas sector rewards the tech in multiple ways. The most noteworthy of which is near-real-time transaction recording and transparency among stakeholders, which makes it safer. Data integration lowers the risk of double-spending, forgery, and exploitation.

Let’s look at how a handful of oil and gas corporations are making the most of blockchain. BHP Billiton and Petroteq have used Blockchain to increase operational efficiency by documenting, monitoring, and managing their various resources. In summary, blockchain implementations in the oil and gas industry are gaining traction, and they’re paving the way for greater effectiveness and productivity.

Major oil and gas companies are using Blockchain networks to achieve extraordinary efficiency through smart contracts, decreased market friction, and the elimination of the need for middlemen to do business. As every node in the Blockchain network has the same data, altering the history of a transaction once it has been recorded on the network is almost unfeasible, as all participants in the network would have to consent to do so, guaranteeing that every chronology is a genuine record.

The most severely regulated firms in the world is oil and gas industry. It has rules derived from numerous regulatory agencies ranging from environmental to taxes. Because the Blockchain network maintains all transactional data, which can be accessed in real-time, regulatory bodies are better placed to maximize visibility in the sector.

Because of its higher openness and improved reporting streams, blockchain tech complies with all three reporting frameworks: the Extractive Industries Openness Initiative, European Union rules, and the Dodd-Frank Act.

Furthermore, firms may avoid compliance issues by exchanging certifications, attestations, and reports on a Blockchain.

The oil and gas industry’s complexity makes it difficult for enterprises to efficiently gather, record, and coordinate data on an oilfield or well, as well as across all associated parties. By offering a single repository of all information, defined and controlled by a consortium of stakeholders, blockchain technology enables data storage and upkeep. Smart contracts transform data into a usable format automatically, reducing the need for human reorganization.

For oil and gas corporations, the most important part has been carefully monitoring property sale documents, which are worth millions of dollars. Previously, keeping such documents was time-consuming and vulnerable to forgeries and other criminal activities. Blockchain tech helps in securing sensitive information. This information is safeguarded. This results in irrevocable property ownership, transference, and price accounting.

Also Read : What are the advantages of spending on Crypto currency trading?

It is common knowledge that industries as a whole are having difficulty ensuring effective waste management standards. The problem becomes even worse when it comes to the oil and gas industry. This deals with pollutants that may be environmentally damaging.

Companies may incorporate waste management and resource optimization into daily operations using Performance-based Contracts (PBC), which function through a series of smart contracts.

Waste product optimization is connected with other economic incentives. These economic incentives promotes recycling. Do you know what PBCs do? It helps businesses synchronize their short- and long-term strategies with all participants. Which thereby creates a more lucrative, safer, and efficient well.

Being a complicated sector, involving the daily purchase and sale of millions of barrels of oil and cubic meters of gas on global marketplaces. Because of the enormous volume, the trading partners must enter into lengthy and sophisticated contracts. Cross-border oil and gas trade partners have commenced to proactively use Blockchain tools and smart contracts to handle such a complex network and simplify global oil and gas transportation. A smart contract may reduce paperwork, improve processes, increase efficiency, and save money.

Due to its superior benefits over others, blockchain, also known as the “Trust Platform,” has become a favorite of many worldwide energy corporations. With the success of new-age O&G enterprises being driven by transparency, scalability, efficiency, and security, Blockchain will gain traction in the sector to improve reliability, effectiveness, and adaptability.

Blockchain development is achieving rampant growth around the globe. If you want to become a blockchain engineer, enroll in courses on Blockchain tech. Blockchain council offers Blockchain certifications that help in securing an in-demand career in tech.

Why Nearby CBSE Schools focusing on Parental Involvement…