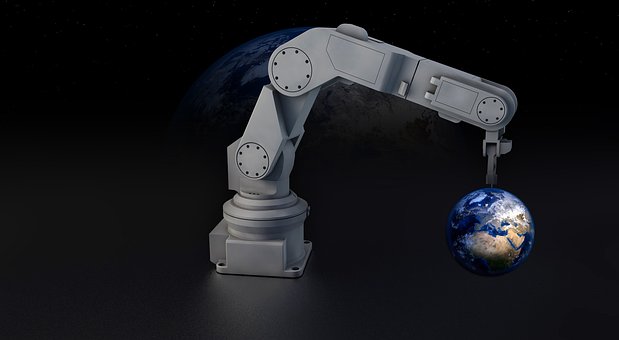 As a result of technology becoming more and more advanced, a vast majority of warehouses, factories, and manufacturers are becoming automated. This trend was happening before the COVID-19 pandemic even hit and has only steadily increased since. No doubt this is also the result of more people buying things online, and an ever-growing number of consumer demands that necessitate a stronger, robust production line. This means that companies are more willing to use automation in their manufacturing process. However, there are still a lot of myths that remain about automation and the use of palletizing robots. Here, we debunk a few of the common ones, to help you clear up the confusion surrounding this topic. For those interested, be sure to read more below!

Most people believe that manufacturing robots are expensive and need a huge upfront cost to get them installed in their production lines. But this is not necessarily true, though there is nuance. This is because most robotics companies produce robots in bulk, meaning that each unit has a significantly lower price.

In fact, statistics have shown that robots cost less than they did in the past, which means they are within most companies’ financial budgets. Moreover, a company may not necessarily need to get a huge industrial robot – instead, they can get a cobot! Cobots, short for collaborative robots, is a lot smaller than their industrial counterparts, making them cheaper as well.

Additionally, with how productive robots are, they can pay back the amount they cost in a short period of time. Robots allow manufacturing to continue 24 hours a day, 7 days a week without any stops in between. This in turn boosts output and efficiency. Moreover, one robot can handle multiple tasks simultaneously, or work with human employees to make sure the task runs smoothly.

Robots are hard to program

This is not necessarily true, because if this were the case, we would not see a lot of companies vying for automation. Many robots function reliably because they have easy-to-use interfaces. This means that overseers and operators do not need to be highly skilled and can easily teach another employee how to use the robot without a steep learning curve in the way.

This is even more true for cobots, which are designed to be easy to operate. The ease it takes to reprogram them means they can be reassigned to a variety of jobs with minimal maintenance required, allowing the company more flexibility in its production line. For cobots, it usually only takes around 45 minutes to an hour to set up and run a program. As it can be deployed so rapidly, this greatly impacts the company’s overall productivity levels, boosting its bottom line.

Robots are only used for high-volume operations

While most industrial robots are designed for high-volume operations, this is not necessarily true of every single robot. For instance, cobots, which are much smaller than their industrial counterparts, are generally designed to work on short production lines. Because cobots are so small and flexible, small factories can also make use of them when manufacturing goods.

They can be used to automate even the simplest of tasks, such as packing, palletizing, screwing, painting, welding, and more. Regardless of the output, these smaller robots are still beneficial as they are faster and more effective at doing a good job, and human employees can have more time doing creative and strategic tasks that is more interesting than the mundane, repetitive tasks being automated.

This is not true at all. While investing in automation and robots can be a daunting task at first, this does not mean small and mid-sized companies cannot afford them. As stated above, robots are cheaper now than in the past. Additionally, companies can use cobots if they have a shorter production line and are afraid that using an industrial robot is not cost-effective.

Cobots are a lot more flexible, allowing them to easily be reprogrammed and assigned to various tasks in the manufacturing process. In fact, cobots can be used as temporary employees in case the production line needs an extra boost in manpower. All in all, boosting a company’s efficiency can increase its bottom line, as well as modernize any processes to meet consumer needs and expectations.

Most people are worried that with the rise of automation, more workers will see themselves unemployed, especially when a recession hits. While this is an understandable concern, this is not necessarily what will happen. In fact, studies have shown that rather than increasing unemployment, industrial robots can actually improve their human colleague’s work life and prospects. For instance, human workers no longer need to perform strenuous and risky tasks that could damage their bodies. Rather, they could take on more exciting and creative roles in the company. Because robots help to improve productivity, companies may find that they need to hire more people because more job openings and opportunities are now available. According to data from the Word Economic Forum, it estimates that robots will create up to 133 million jobs globally. However, what can be said is that no robots will be able to replace a human’s decision-making, critical thinking, and creative skills.

Although safety is an important point when it comes to working alongside humans, you can breathe a sigh of relief to know that most places take safety concerns seriously. Regarding industrial robots, they are often put into cages that prevent them from hurting human employees nearby. If you choose to use cobots, then you barely have to do anything regarding safety. This is because cobots are designed to collaboratively work with human employees side by side. The robots are already programmed with built-in safety functions, such as sensors. This means that if they touch or feel a human is too close, they will automatically shut down and cease working. As a result, they can work with humans in a safe space without any safety barriers or cages. This also means they do not need as much room as industrial robots, allowing them to be more cost-effective.