Nike basketball is finally back

Even in the past two years when its huge business empire was hit by Adidas and seemed to fluctuate a bit, Nike and its subsidiary Jordan still undisputedly occupy the top two in the North American basketball market share, completely suppressing the slight recovery momentum. Adidas and Under Armour, who has been in the limelight with two-time MVP Stephen Curry. I remember last year

When talking about the future trend of the basketball category, I think that Nike must be holding back its big moves, waiting for a suitable time to set off a tornado in the market. Sure enough, Nike’s various operations since the beginning of this summer have told us that the brand that symbolizes the god of basketball has come back. 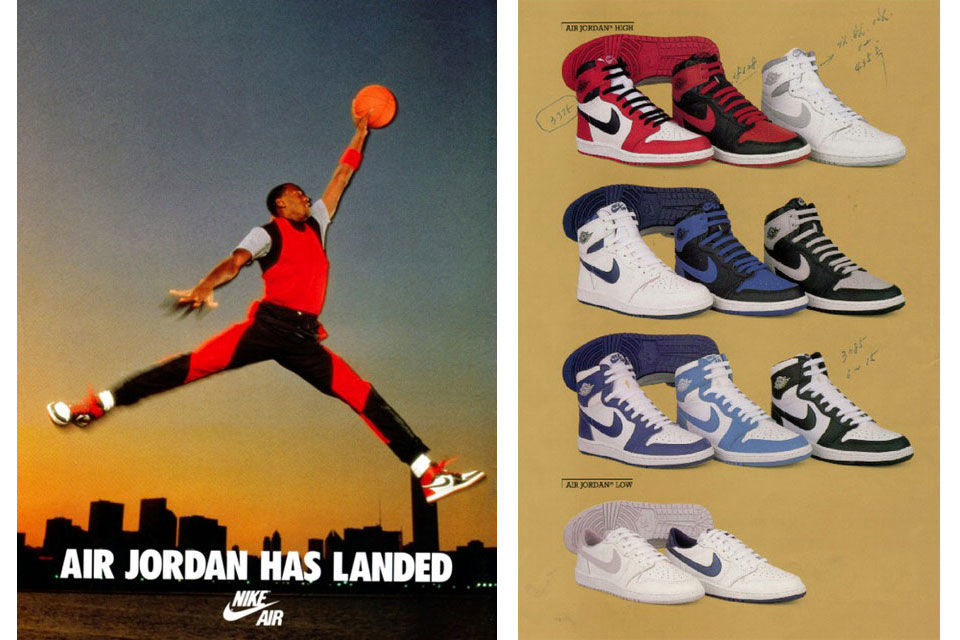 First of all, unlike the professional restrictions of other categories of sports shoes, basketball shoes have always been the best-selling professional sports shoes because of their natural attributes of On&Off Court. You can also see that football shoes also have a trend in recent years, but the development progress of “world’s first sports” equipment is far less than that of basketball equipment that is not so popular outside North America. The reason is the performance of the shoes. limit. For example, you can’t press the road in football boots with FG spikes (it feels like stepping on stilts…), and the hybrid version of the casual sole of the football boots is almost meaningless after all. And basketball shoes, from Air Force 1, Air Jordan 1 to today’s Kobe AD, Air Jordan XXXI, wear casual clothes, they all look natural. Because of this, the comfort of sneakers, especially the cushioning, is particularly important. Just think, you certainly don’t wear a pair of basketball shoes that are heavier than casual shoes every day, and then hard as bricks to go shopping, right? Even if you only wear basketball shoes to play, can your knees stand the impact of landing without shock absorption?

The reason why Nike has been proud of the industry for decades is that its marketing methods are clever, but its excellent product research and development capabilities are the foundation of all brilliance. Without the pioneering Air Sole air cushion, no matter how strong Jordan’s star effect is, it would be impossible to help a precarious company to become a world T10 brand in such a short period of time. Just like Apple, it is impossible to create the myth of Steve Jobs without the emergence of the iPhone, an intelligent machine across the ages. And Nike, in less than 30 years, released several cross-generation cushioning technologies – Air Sole, Zoom Air, Air Max, that has its current status in the arena. However, after entering the new century, Nike Innovation Kitchen seems to have lost its magic: first, Shox structural cushioning, and its development failed for decades, at the cost of a pair of Carter’s knees; and then Lunarlon, which is a material gimmick for NASA’s moon landing , This kind of material cushioning is really comfortable when you just put it on your feet, but the material is too short-lived and easy to decay. It often occurs in less than half a year, and it often changes into a brick. Now Nike’s high-end basketball shoes, it is rare to see the design of full Lunar cushioning. Fortunately, the competitors in the same period have basically been cleaned up by Nike in the 1990s. Some were forced out of the market (Fila, Puma, etc.), some were transformed after acquisition (Converse, Reebok, etc.), and again and again. And San’s choice of spokesperson and marketing strategy is extremely stupid (yes, it’s you, give up Kobe James, put good resources and don’t have to produce any adidas team’s signature shoes). Coupled with the world-leading marketing strategy (frying AJ re-enactment), the sales of Nike basketball products have always made the taillights invisible to competing products. Buy Nike Shoes and never miss the Nike discount code and Nike NHS discount code and Nike discount code NHS

However, all of this was disrupted by the invention of a German chemical company, BASF. The birth of Boost material cushioning not only helps adidas to have the capital to compete with Nike in cushioning technology, but also an all-round type (basketball, football, running shoes, training shoes) that can be adapted to various sports categories. , casual shoes, etc.) and the strong marketing capabilities of the patent buying company Adidas, became the battering ram to shake the dominance of Nike sneakers and even sports goods. Take the basketball shoes category as an example, the mid-to-high-end products of the Germans are now all armed with Boost. What is even more unfavorable for Nike is that Under Armour, an American company that makes compression garments, has gradually eroded its market share in recent years by virtue of the high-gloss performance of its top brand library. While Nike and Jordan are still thriving in terms of endorsement and current market share, it’s time for them to take their situation seriously. 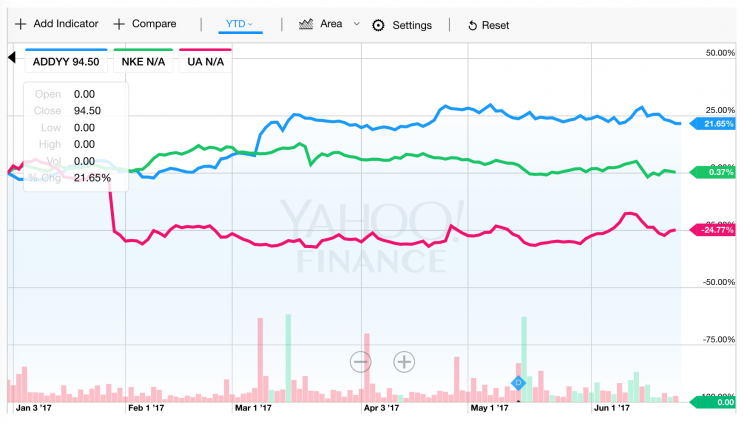 However, the old-fashioned Nike, how can he sit still. Since the announcement of taking over as the official NBA sponsor, a big game has been brewing. Of course, its stars Curry and Harden have been continuously poached by competing products, and the rookie signing situation in 2014-16 is not ideal, but Nike still has the most sneaker technology patents, the most high-quality spokesperson resources, and, the most extensive. platform. Shortly after the official announcement of the NBA cooperation, Nike dropped a blockbuster: Starting in the 2017-18 season, the Swoosh Logo will be printed on NBA jerseys for the first time. You know, in the past few decades, whether it was Nike with Jordan in the 1990s, or Reebok and Adidas since then, they were only allowed to print their own trademarks on commercially available jerseys. In this way, no matter which sponsor signs the players, as long as they appear, they are advertising Nike (refer to the football jersey sponsorship model), which undoubtedly greatly improves the exposure of Nike Basketball. Buy Shoes and don’t miss Foot Locker discount code at Foot Locker Discount Code NHS at Foot Locker NHS Discount 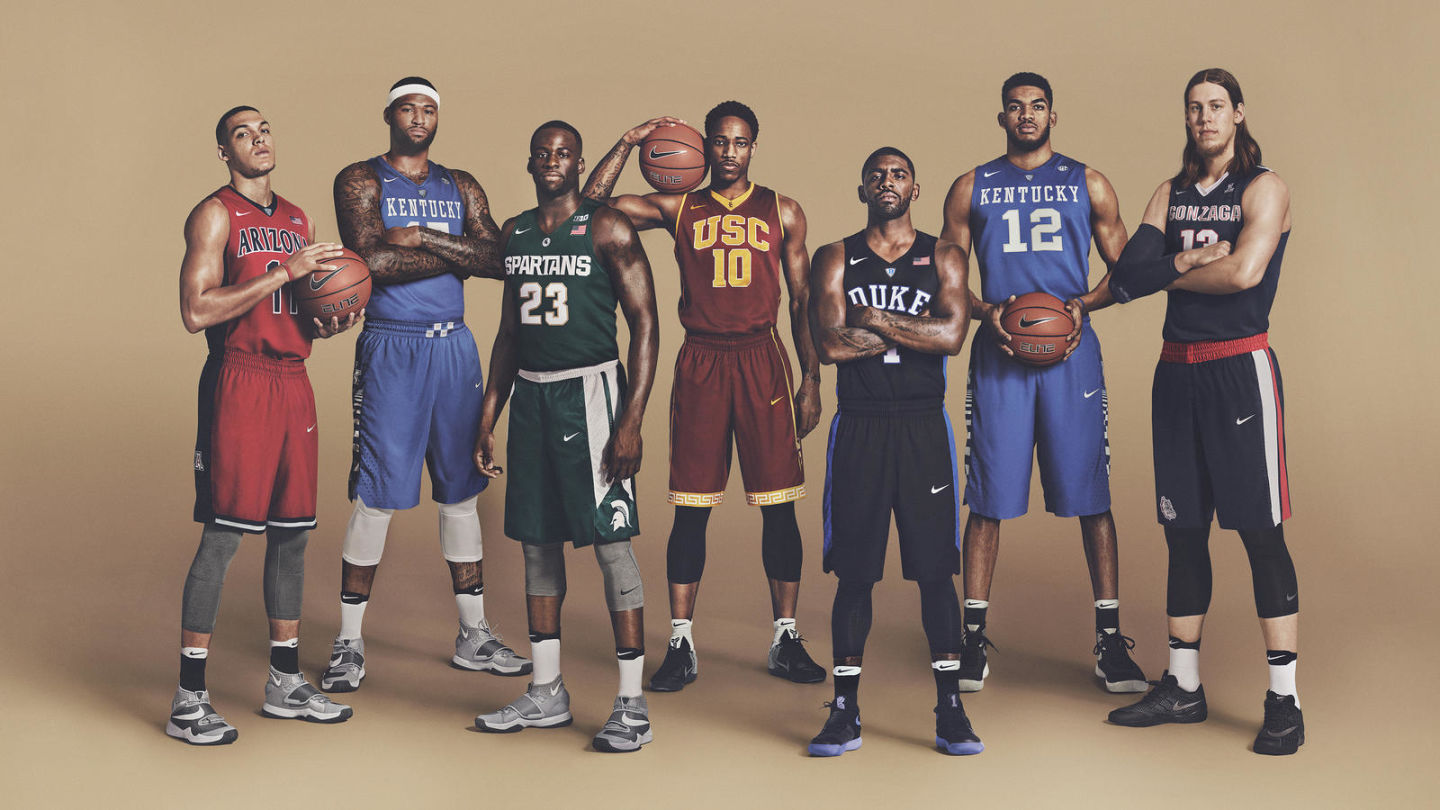 The second step of Nike’s counterattack is to start with teenagers and establish a good cooperative relationship with star seedlings. When they enter the NBA draft, they feel a sense of belonging to the brand, and they can impress players with lower prices than competitors. Continue Monopolize top star resources. For example, as mentioned in a previous translation by the author, the story of Fultz, the No. 1 pick in the NBA this year. [Link: Prospective champion Fultz signed with Nike, come and listen to him talk about his sneaker road – know the column ] From high school to college, the sponsors of the team chosen by this future star are Nike, so even if adidas The contract offered was bigger and more attractive, and the champion still chose Nike. The same example also happened to last year’s NBA No. 1 pick Ben Simmons: Adi offered a higher price, and the player chose Nike. No wonder this is the case, after all, almost all famous basketball schools from high school and college are covered by Nike, Kentucky, Duke, North Carolina (subsidiary Jordan), Michigan (Jordan), Texas, Arizona and even Washington… Except for Kansas (Adidas) ) and UCLA (Under Armour), almost all NCAA recruiting imperial schools have Swoosh Logos printed on their jerseys; the annual Nike Elite (Nike Elite) and Jordan Classic Game (Jordan Classic Game), it is Nike harvesting the world A grand event for the best basketball youngsters; even some famous amateur leagues such as LA’s Drew League are officially sponsored by Nike. No, Marvin Bagley III, the 2018 No. Bagley III), and looks to follow in the footsteps of Fultz and Simmons and become a veteran Nike Rooted Player. save with Sports Direct discount code, Adidas discount code NHS and Adidas NHS discount code

However, what I mentioned before, compared to Nike’s actions this summer, are just appetizers. First, the Hyperdunk 2017 and Superfly 2017 sneakers equipped with the new cushioning technology React were launched, and they vowed to use this freshly-baked material to cushion the rigid Boost; then announced the signing of 7 of the top 11 rookies in the 2017 NBA , except for the signing of UA Josh Jackson and the undecided Lonzo Ball (whose father said the BBB brand is still looking to partner with professional sports companies), Dennis Smith Jr. and Zach Collins, all other popular rookies were taken by Nike. It has been a long time since American brands showed such courage in signing rookies. It is foreseeable that in the next few years, the NBA All-Star Weekend will still maintain the dominance of Nike; the launch of new cushioning technology will also provide consumers with more choices; the combination of 4D technology is improving day by day. , maybe in the near future, our purchasing method will undergo revolutionary changes: choosing shoes will become a simple Nike iD, everyone will become the designer of their own shoes, matching the shoe body, midsole technology, choosing the color matching, Using a 4D printer, you can get on your feet within hours. Save with Amazon Voucher Code NHS , Amazon NHS Discount  Amazon Discount Code UK , Amazon coupon code 10 Off,  Amazon Discount Code and Amazon NHS Promo Code , Amazon Discount Code NHS and Amazon Discount Code

Under the foreshadowing of the above layouts, it is not difficult to understand the Nike new season jersey plan exposed this morning: abandon the traditional home and away jerseys, and change to four different color schemes: league classic white, team color matching, “sports mentality” ” color scheme (bold color scheme) and community color scheme (with local characteristics), each team can choose one of them to play. This kind of model is very fresh at first glance, and if you analyze it carefully, it is actually adding a set of spare away jerseys (“sports mentality”) for each team without changing the medicine. However, with Nike’s marketing methods, we have reason to believe that the cooperation with the NBA will help its basketball category to a higher level: either reactivate the overall declining basketball market, or greatly increase the sales of jersey peripheral products . But no matter what the market performance of this wave will be, this summer’s Nike basketball, the product + endorsement + marketing authority, has been the same as the 32-year-old man in Chicago, Illinois, on March 19, 1995, to the world. Announcing: “I AM BACK!”.